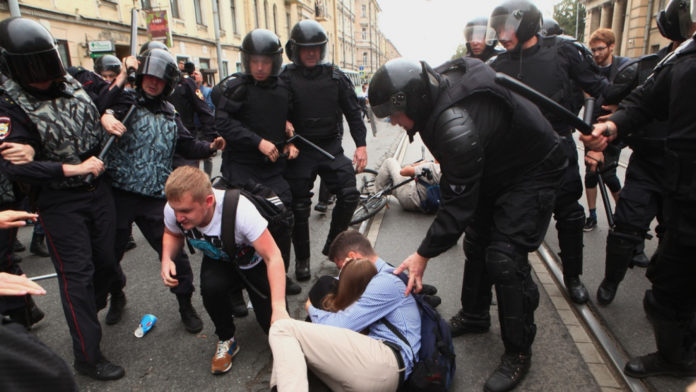 In recent years it seems to have escalated the frequency with which we are in the news with heartrending videos or testimonies of people, mostly Hispanic and / or African descendants, who suffered abuse or police brutality in the United States.

These cases are delicate, since it is always intimidating to take legal action against people who have authority. Additionally, it is not always clear to what extent the use of a certain level of force is justified by the circumstances in which the policeman has to do his job. But what is clear is that you have rights. This post seeks to clarify the main doubts on this subject, and also advise on how to proceed if you are a victim of police brutality. We hope it serves you.

What is Police Brutality?

We talk about brutality or police abuse when a police officer uses force excessively, that is, more than strictly necessary, against a civilian, during a police intervention.

Although the law does not provide an exact definition of what constitutes and what is not an excessive use of force, it is generally understood as anything that goes beyond what a reasonable and prudent police officer would do under similar circumstances. The use of force by an agent of order must be adjusted to the minimum necessary to achieve a valid purpose. For example, neutralize a violent offender to place the handcuffs. But if the police, in addition, hit or hurt the civilian unnecessarily, that constitutes abuse of authority.

How to defend against an abusive police?

If you consider that a police officer has abused your authority by using excessive force against you or a loved one, there are a series of actions that we can advise you.

One: Take notes of what happened

Many times, when we tell the story to the authorities days or weeks after what happened, we can escape important details of what happened to us. It is therefore of vital importance to put in writing what happened to him, as soon as possible after the incident. Many times, those details that are easy to forget are what makes the difference when taking the case to a judge.

Do not get complicated: just try to tell in your own words what happened from the beginning of your interaction with the police officer, specifying the exact time and place where the events occurred. That’s right: try to remember the exact words used by the police and by you during the incident.

If you could not take note of the police name or license plate number, do not worry. It is possible for the police department to know who it is by cross-referencing the location where you were located plus a description of the agent’s physical features.

If there were witnesses, include their names and, if possible, their contact information. Talking with witnesses could also help you remember details of the incident that you might have forgotten. The more accurate your account of the facts, the more credible and effective your testimony will be when presenting it to the authorities.

Even if you are not arrested, it is best to seek professional help from an experienced lawyer. Many times the victims of police brutality are denounced by the authorities and prosecuted because in this way the aggressed person (the victim) will lose credibility at the time of bringing charges against the agents who committed abuses. In short, they discredit the victim to protect the victimizer. These cases are not simple, and that is why, when this happens, it is essential to have a specialist lawyer in cases of Police Misconduct.

Your lawyer will know how to prepare the evidence of the incident to present a case against the police, at the same time that it will help you defend your image if you try to take away credibility from the authorities for the purposes described above.

Three: Report the case to the authorities

Once a lawyer has reviewed your legal options and the possible accusations that the cash of the order has presented against you have been cleared, the way is free to counterattack with a demand of Police Misconduct. Each city or county has different procedures to present this type of claim.

In some cases, you will have to talk to another police officer before filing the claim. If this is the situation, it is advisable to avoid giving many details, as the police tend to know and defend each other, and could try to intimidate or discourage you from presenting your complaint, or worse, give the alert to the police in question and prepare a cover-up

Whatever the situation, it is better to have professional advice before taking each of these steps, and a lawyer will be your best ally.

Do not pass up an issue like that. The sooner you seek help, the more satisfactory a solution will be. Many times we keep silent to avoid problems, and the only thing that is achieved is that the problem continues to grow, endangering the security and integrity of all, and especially, our communities.