In the United States, many workers in restaurants , bars and hotels receive a good part of their income in tips from customers. Some think that this system, not so common in other countries, guarantees that service workers will better serve the clientele, and that, at the end of the day, good service will be rewarded with higher revenues. This idea is open to debate, and there are many valid points for and against, but let’s go to our own: the law.

Tips are for the worker

The main rule is that all tips must remain in the hands of the worker, not the boss, boss or owner of the business. It is forbidden for bosses to seek to keep tips or part of them, except in those cases where it is agreed to maintain a ” tip pool ” or tip pool . Anyway, the tipping pit only applies to some employees, and the owner can not participate in it.

In much of the country, except California, Minnesota and Oregon, businesses in which employees receive tips can pay their workers amounts below the minimum wage, as long as the amount of money they receive as a tip compensates for the difference. This practice is known as ” tip credit” in English.

The tip credit also has other implications for the employer, which we will see in the following points of the post.

The tipping wells have rules

In many restaurants, hotels and other service establishments, employees participate in the so-called “tip pit,” a system in which employees contribute at least part of what they receive as a tip to a common fund that is divided equally. at the end of the day.

This practice is especially popular in restaurants where all waiters serve all tables instead of assigning each waiter a specific set of tables. So far, everything is perfectly legal.

The doubts arise in establishments where part of the service staff does not receive tips directly, as is the case of the hostesses, those who serve the water, or those who collect and / or wash the dishes. In this case, employees who receive tips are not obliged to share them with colleagues who do not receive them. Nor is it permissible for the employer to be part of the well, and in some states, this prohibition also extends to managers and supervisors.

Some restaurants reduce the payment to employees who accidentally break plates, glasses or other items of the establishment. It also reduces the payment to workers when diners run away without paying and / or if the money in the cash register does not block at the end of the day with billing.

Commissions for payment by card?

When the client puts the tip on the credit card, the thing can get a little complicated. The business often has to pay commissions to the card company, and it can be somewhat doubtful what percentage of the amount the client designated as a tip should go to the worker.

In some states, the law favors the employer and allows the worker to discount the percentage of the commission charged by the card company. Other states, such as California, for example, favor the employee: the exact amount that the client wrote down on the voucher when paying with his card must go in its entirety at the hands of the worker.

Charges for services, are they a tip?

Many businesses, when delivering the account to the client, include an additional charge to the consumed, for services. Federal laws and many states do not recognize such payments as a tip, although many clients assume that this amount will go to those who offered such service, that is, the workers. The argument is that such payment is not voluntary, but is rather an agreement between the business and the client. Many employers give this amount or part of it to the workers, but the law does not demand it, but it is left to the discretion of each business owner.

However, some states work differently. The State of New York, for example, requires that all customer charges for service purposes must go to the staff that offers those services, unless the client is properly informed of the fact that such payments will be withheld. by the company and will not be paid to the worker. The state of Washington, for its part, requires the client to know what percentage of the mandatory charges for services will be delivered to the service personnel and how much will remain for the business.

If they take advantage of you, defend yourself

Many employers violate the rules that exist regarding tips, taking advantage of the difficult economic situation, the need to work, the language barrier or fear of reprisals among workers. 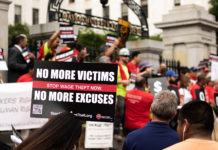 What is Wage Theft & How to Prevent it 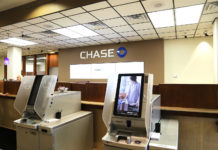 Is Chase Bank Not Paying Workers Correctly & Are You Affected? 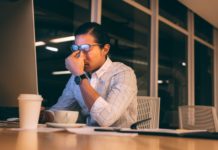