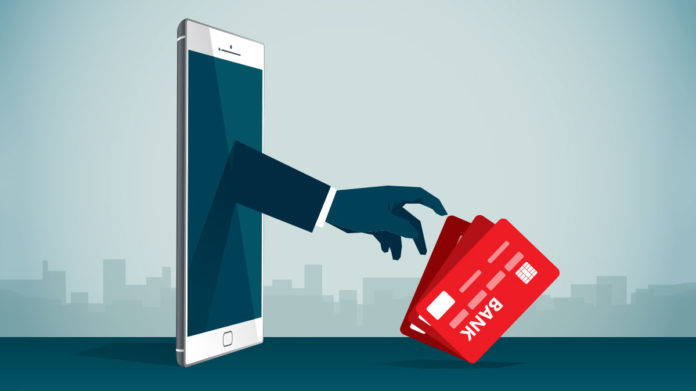 Scams and frauds are illegal activities that represent billions of dollars a year in losses for individuals and businesses affected. There are numerous types of scams, depending on the country, the modality, the victims and the perpetrators.

Scams can occur when signing documents personally, making purchases with a credit card and also when making transactions over the Internet.

The most frequent scams in Miami

Miami is known as the mecca of Hispanics in the United States , as the capital of Latin America, the sun and investments; as one of the most prosperous cities in the world, full of opportunities, but also as an international center of scams and frauds of all kinds.

It is important to note that South Florida is the epicenter of identity theft and other types of scams and frauds in the United States. These crimes are booming and, according to statistics, growing.

Fraudulent investments, identity theft, used cars in poor condition, cheating in the property trade, tax scam and scams when looking for work , are just some of the most common. Here we present a guide on the matter so that you and yours stay safe.

Due to the particularities of the city, the scams related to investments is one of the most common in Miami and surroundings. For example, there are “companies” that seek funds to make capital investments to buy machinery and / or supplies, and after getting the victim to make the investment, the company disappears. These are fictitious companies that do not have a license to operate. These alleged companies build fancy operations for uninformed investors, many times even have offices in the city center and a whole farce mounted to deceive the victims.

These supposed companies wait patiently until they come across the victim who falls into the trap; the unfortunate person invests a large sum of money, and all traces of the company in which he invested disappear overnight. In most of these cases, the fraudsters use figureheads, so it is very difficult to prove the crimes and, therefore, recover the lost money.

It is very common for foreigners, in most cases from Latin America, to arrive in Miami, to learn about the existence of these companies, which apparently are large, important and have offices in downtown Miami, and decide to invest their savings with the illusion of receiving great benefits as a result.

The lack of knowledge on the part of the newcomers is the key so that the scammers can get away with it in these cases. Sometimes, this type of scams have a phenomenal staging; It is important to take into account that the fact that a company has a website, profiles on social networks, a luxurious office in downtown Miami, executives with sophisticated appearance and secretaries who serve the phone as if it were a corporation multinational, is not a guarantee that the company is real.

This type of scam consists of, basically, the theft of the name, date of birth, social security number, address, bank account information and / or any personal information that serves the fraudster to impersonate the victim and take control of your identity. In this way, the scammer can access the bank accounts of the victim, steal money, take out a loan, file false tax returns to receive a refund, or contract services.

This kind of fraud is very common in the United States, much more common than in most countries in the world. Within the US, the state of Florida, and more specifically Miami, is the capital of this type of crime. The authorities say they do not have very clear why this is, but the statistics are alarming.

According to the information handled by the Federal Trade Commission , Florida leads the ranking in what has to do with complaints of identity theft: 200 of every 100,000 residents reported having been victims of one of these maneuvers in 2013. In Miami, it is even worse, 350 complaints per 100,000 inhabitants.

A crime that can affect us all

All people, regardless of their age, nationality or financial situation, are potential targets for the crime of identity theft. Unfortunately, on many occasions, immigrants are more likely to be victims of this type of scams, due to ignorance of the processes and the particularities of the American culture.

Those affected by this type of scams are usually left with their economy shattered. And, unfortunately, the problem is not just the loss of money: it is an emotional anguish and a lot of time lost. The consequences can even include problems with the law, in case, for example, the fraudster has used the false identity to commit other crimes. To all this we must add the consequences in the credit history, which can affect the victim when it comes to getting a loan.

This type of scams is popular all over the world, it is just that in Miami it is extremely frequent and therefore it is important to be attentive. The United States, by itself, is the country in the world with the most cars per inhabitant on the planet; When we refer to Florida and, specifically to Miami, the sale and purchase of used cars represents a market that moves trillions of dollars each year. Both the state and the city and its surroundings, for its topography, design and size, make the automobile a necessity.

Thus, when buying a used car in Miami, the options are so many that they can be overwhelming. On numerous occasions, taking advantage of the ignorance of some buyers, used car dealers, whether individuals or companies, advertise a car for sale, stating that this is in optimal condition.

When the scam happens and it becomes concrete, the buyer ends up with a car in terrible conditions, even though it often looks good. This not only implies a huge waste of money and time, but can also lead to failed cars with high chances of causing an automobile accident , with all the consequences that an episode of these characteristics can have for our lives, our family and our Health.

The methodology of this type of scams is very elementary, but according to the official reports, these practices happen very frequently; The victim receives a call from a person who claims to work for IRS . This alleged agent states that the victim has a tax debt and that if he does not pay, he will be arrested immediately. The victim is asked for credit card information and money is stolen. Usually this type of scammers has the ability to alter the system so that the number they call resembles that of a government office.

The reason why these deceptions work so well with immigrants is, as in other cases, the characteristic disinformation of newcomers. In this particular case, foreigners are clear that the issue of paying taxes is a very serious issue in the US and that the omission of a payment can have serious consequences; that’s why scammers take advantage of this fear.

In these cases a call is also received, although it can also be a letter or an email. The “company” scammer claims that the victim has earned a certain amount of money in a lottery but must pay in advance taxes and administrative expenses. Sometimes, even, these scams include sending a (fake) check to cheat the victim.

If you are going to buy a house it is very important that you investigate the background of your real estate agent. Also, check the lender’s background to make sure he or she is a reliable person / company and that no one has filed a complaint with you. Do not sign incomplete documents. Pay attention to the process. Use the resources offered by the internet to find out about companies, lenders and real estate agents.

If you are going to sell your house, follow the same procedure; Make sure that the real estate agent that is assisting you is serious, responsible and has no history of scams. The same when renting. It is important to get advice and not be fooled by opportunists.

These types of frauds are usually publicized with promises of the style: Be your own boss! o Earn thousands of dollars a month working from home! . You have probably seen this type of ads sometime, they are very common. When people go through complicated economic situations, we tend to believe that some things, which objectively are impossible, are true.

This type of job offers is usually a scam. In most cases, victims are suggested to buy the necessary equipment to do the job, or pay for certifications as a requirement, and may even include identity theft. In other cases, work exists, but the promise is a lie; that is to say that the working days are very long, the pay is very low, and the working conditions are terrible.

Scammers are professionals in the manipulation of emotions; they tend to take advantage of both the enthusiasm of an investor and the need of someone who is going through a delicate economic situation.

One of the most used strategies by these unscrupulous is to press the scam to make a quick decision, without thinking. Limited-time offers, emergencies and offers from other stakeholders are often part of the narrative that scammers use to cheat decent people.

In the United States there is a government agency that is dedicated to preventing fraud, scams and providing information about it, it is the Federal Trade Commission. We suggest you visit the official website of this government department to be as informed as possible.