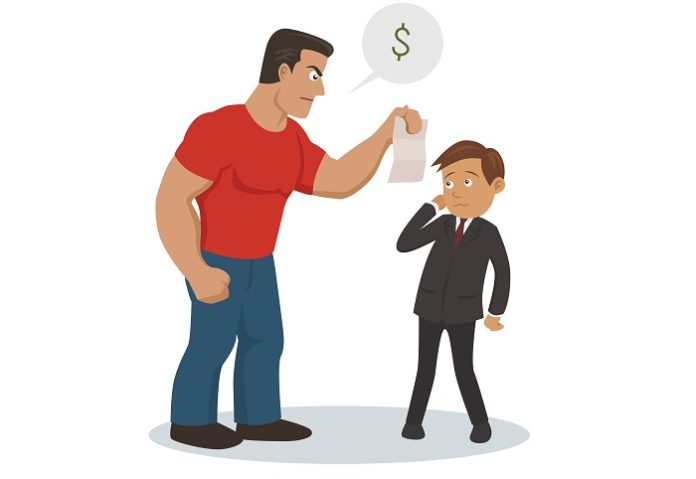 A man from Albuquerque, New Mexico, lived humbly in a small apartment, charging his Social Security pension and working at night as a grocer. The man, with much effort, had just saved enough money to remove his lower teeth and take measures for his false teeth, when suddenly he lost everything.

According to legal reports, Mr. Christensen was the victim of the dishonest collection of a supposed debt by the collection agency Financial Credit Services Inc., also known as Asset Recovery Associates or ARA . According to the defense, this debt was false or in any case had already exceeded the expiration term decades ago. None of this stopped the collectors, who ruthlessly took away everything he had, preventing him from treating the evil that plagued his gums and prevented him from eating hard foods. Before the discomfort and the desperation, the gentleman extracted the teeth he himself of homemade way, with all the pain that this implies.

Happily, he was encouraged to take the case to court. A federal civil jury heard the testimony of Mr. Christensen, as well as the statements of two other victims of the same collectors.

One of the other witnesses, a woman of limited resources, said that she also lost everything at the hands of these dishonest collectors, including her home, having to sleep for a few weeks in a shelter for the destitute. It was also found that the obscure collection company did not have an operating license in the state.

In view of the evidence, it was decided to grant the man $ 200 thousand as compensation, together with $ 10 million granted to the victim for punitive damages. The man had taken a bus to get his appointment to the court, and came out very satisfied with such checks.

Do not be intimidated

In the United States there are rules that debt collectors must comply with when communicating with debtors and collecting the money owed. However, many times because of not knowing the laws of this country, many members of our communities are victims of extortion, abusive charges or impertinent calls that can prevent us from living a normal life.