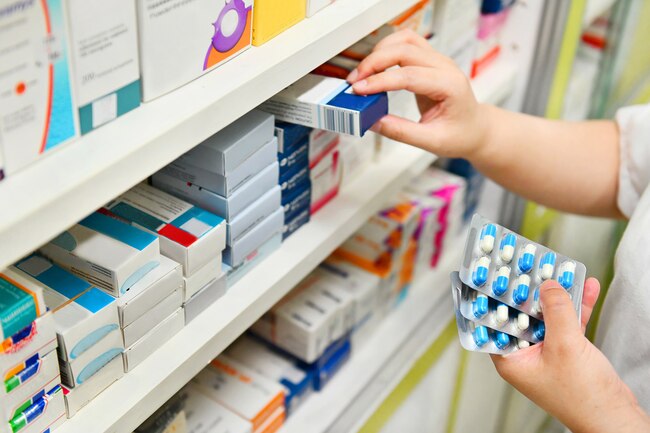 In the United States there are laws that protect us so that we enforce our rights against pharmaceutical companies, wholesalers and distributors responsible for the preparation of harmful medicines. Therefore, it is very important that we are informed about the products we consume to take care of the side effects.

In this article, below, we give you a list of medications that went on the market and caused serious health problems in the community.

It is very likely that you or one of your loved ones has consumed Tylenol at some point in their lives. This acetaminophen product comes in various formulas. According to report, collateral damage that Tylenol can cause includes liver failure and even fatal health problems.

This drug is usually used to treat male baldness. The product of de Merck & Co. can cause complications in the sexual activity of men under 40 years of age. According to reports, some of the side effects of Propecia in men are erectile dysfunction, low libido and disorders in ejaculation.

It is an anticoagulant medication. The drug, produced by Bristol Myers Squibb and licensed by the pharmaceutical Pfizer, allegedly sold without clearly noticing that it does not have a reversal agent to stop one of the most important collateral damage: uncontrollable external and internal hemorrhages. Several lawsuits have been registered, among which fatal cases were registered.

It is a popular medication to treat hypertension, cholesterol levels and prevent cardiovascular diseases. There are various demands and studies around this product claiming that it caused type 2 diabetes in many women. According to many of the attorneys who are handling the lawsuit cases, Pfizer, one of the main alleged perpetrators, did not adequately warn consumers and health professionals about the risks of the medication.

It is a medicine, which was launched in 2002 and is developed by the Japanese pharmaceutical Daiichi-Sankyo, is used for blood pressure. The United States Food and Drug Administration (known as the FDA) warned about the side effects of the remedy: intestinal complications, chronic diarrhoea, malnutrition, heart problems and weight loss.

They are very popular antipsychotic medications to treat adolescents and children. The product is manufactured by a subsidiary of Johnson & Johnson: Janssen. Unfortunately, it has been warned that the use of these drugs could generate gynecomastia (enlargement of male breasts). It is not the first time that J & J has problems before the law for allegedly causing health problems in consumers. In a previous article, we told you about the controversy surrounding baby powder and its connection to ovarian cancer.

Pregnant women often consume Zofran because it is used to treat nausea and vomiting, but if the woman uses it during the first trimester it can generate complications. Experts say that Zofran could cause could cause birth defects such as cleft lip and palate, cleft lip and heart problems.

The first is a Bayer anticoagulant associated with the risks of causing uncontrollable internal and external hemorrhages. While Pradaxa is an anticoagulant with similar risks manufactured by Boehringer Ingelheim.

This medication, from the multinational pharmaceutical company AstraZeneca, is usually used to treat diabetes, but it is a remedy that has been associated with increasing the risk of causing cardiac complications, specifically cardiac arrest.

A statement from the FDA, warns that drugs such as Onglyza, which contain saxagliptin and are used with a diet and exercises to reduce blood sugar in adults with type 2 diabetes, could increase the risk of heart failure, especially in people who already have heart or kidney diseases. In this post we explain more.

It is another medication to treat type 2 diabetes and, unfortunately, related to causing diabetic ketoacidosis, heart attacks, stroke and kidney failure. According to the FDA, products such as Invokana put at risk our communities at risk of suffering such serious side effects that can cause diabetic coma and even death.

Hair loss (known as alopecia) is common in cancer patients who have to receive chemotherapy, but hair usually grows after treatment ends. There is a risk of permanent hair loss from anti-cancer drugs, but the risk seems to be even greater when using Taxotere.

In Canada and Europe, the drug’s manufacturer, Sanofi, warned doctors and patients about the risk of permanent hair loss after using Taxotere. However, no similar warning has been given to patients in the United States until 2015. Currently, women who have been affected by Taxotere are filing lawsuits alleging that the drug caused them permanent hair loss and that they were never warned about This side effect, and they would have chosen a different drug for treatment if they had known the risk of suffering from alopecia.

It is an antipsychotic drug (aripiprazole) and is one of the best-selling drugs in the United States. Doctors prescribe Abilify because it supposedly serves to treat schizophrenia, bipolarity and severe depression. According to studies, aripiprazole can cause compulsive and uncontrollable desire to participate in gambling in people, even in patients with no history of this pathology in their medical history and / or their family environment.