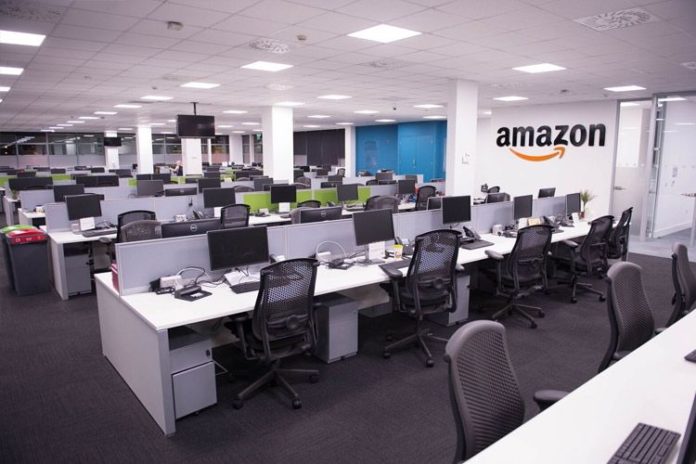 Do not believe that injustices against workers only occur in small businesses. Just three days ago, truck drivers working for a multinational company, Amazon, denounced the company for having contracted them through the contractors modality when they would be in the payroll of the company, for not paying their overtime, paying them less of the minimum wage, and even make them pay for gasoline from trucks.


Last week, three drivers denounced the giant of Internet shopping for violating labor laws. Drivers work for the Amazon Flex Program, a mobile application that allows drivers to manage their own schedules to fix deliveries. It is a system similar to that used by the Uber passenger transport company, but instead of transporting people, it transports packages.

Truck drivers and logistics employees have already been successful in this type of lawsuit. For example, last June, FedEx Corp. agreed to pay the sum of $ 240 million after a demand of 12,000 truck drivers. It was a case very similar to the one Amazon now faces: contracting through the contractors modality – when the employees had to be in the payroll of the company, not remuneration of overtime and pay less than the minimum wage.

Misclassification, as it is called in English, is a strategy widely used by companies to, precisely, not pay overtime and evade minimum wage laws. Through this mechanism, corporations, companies, employers or businesses, realize that in reality employees are not part of the company itself, but “hire”, often even through other companies, to deal with of specific tasks.

Amazon says that its employees who work as drivers through this system are “very comfortable and they enjoy the possibility of being their own bosses”. It does not seem to be the case. The company and the workers who sue it will be seen in court soon.

Workers are often victims of unscrupulous employers who deceive us and take advantage of us, especially when we are Hispanic. This is because, on occasion, immigrant workers do not know the regulations of this country. We arrive in the United States in search of a better future, of opportunities, bringing with us a culture of work that is often very convenient for employers. They know that we are willing to work hard and for many hours.

It is important to be aware of everything related to the FLSA to protect our rights and claim when necessary.

Workers under the scope of the law and not exempt are entitled to a minimum wage of $ 7.25 per hour at the federal level. Some states set the minimum wage at a higher amount (in Florida it is $ 8.05 per hour), and in those cases the worker has the right to receive the highest. Non-exempt workers must be paid overtime at a rate of, at least, time and a half of their regular rate of pay after 40 hours of work in a work week. That is, if one works more than 40 hours, he must receive at least 1.5 times the payment for a regular hour for each extra hour after 40 hours. Examplelo: An employee who receives $8.00 per hour and works 44 hours in a week is entitled to receive, at least, time and a half of $8.00 (that is, $12.00) for each of the 4 work hours after 40 hours have passed. Your payment that week would be $ 320 for the first 40 hours, and $ 48.00 for the four extra hours; for a total of $ 368.00.

There are many cases in which employers take advantage of employees who are unaware of this regulation or who do not know their rights, and do not pay them the extra hours they are entitled to. Sometimes employees fear making a claim because they believe they have no right or fear of losing their job. In most cases, they do not know that the legal system in the United States protects them from abusive employers.

The employee who receives tips, according to the law, is one who participates in occupations for which, regularly, receives $ 30 in tips a month or more. The employer may consider these tips as part of their salary, but must pay directly at least $ 2.13 per hour in direct wages.

This gives rise to another of the tricks that employers use to take advantage of employees who are unaware of the regulations. These cases are very common when working in hotels, restaurants, coffee shops and bars. Very often the employer offers the employee to work only for the tip, without offering a direct salary. This practice is illegal and the regulation protects employees from this abuse.

Employees under 20 years of age can receive a minimum wage of no less than $ 4.25 per hour for the first 90 consecutive business days of employment with an employer. However, employers are prohibited from replacing other employees with employees who receive the minimum wage for young people. Partial replacement is also prohibited, such as reducing the hours of other employees or their salaries or benefits.

Mothers Who Are Breastfeeding

The provisions of the Fair Labor Standards Act (FLSA) on equal pay prohibit wage differentials based on gender between men and women who are employed in the same establishment and who perform jobs that require the same skill, same effort and the same responsibility and that they perform under similar work conditions. These provisions, as well as other statutes that prohibit discrimination in employment, are enforced by the Commission for Equal Employment Opportunities (EEOC).