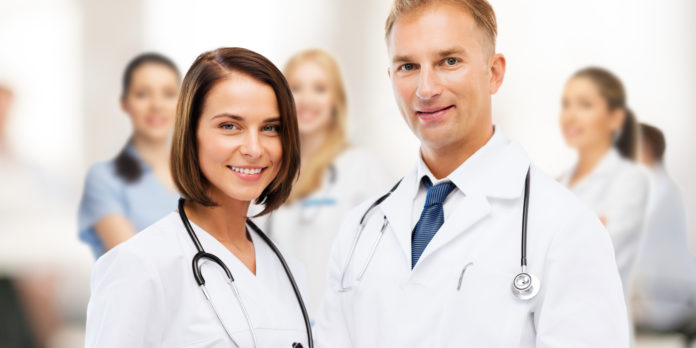 The health system of the United States is far from perfect, which has generated politicians from both sides of the spectrum to test solution proposals in recent years. One of the most serious problems in the medical sector is the alarming frequency of medical errors that result in the death of the patient. As we mentioned in another post, Medical Malpractice is the third most common cause of death in this country, a truly chilling fact that does not occur in other industrialized countries.

Now, there is another related data that we want to comment on in this post. It is about the “Julio Effect” or “July Effect” in English. It is said that in the summer months there is a greater risk of suffering medical errors that could change our lives forever, and for this reason thousands of people decide not to undergo surgeries or surgical interventions during this period, unless it is a emergency or a life or death case. This greater danger of being victims of medical malpractice has an explanation, and in this post we will share it.

Every year, in the month of July, the most experienced resident doctors receive and leave the hospitals where they worked in search of other challenges and opportunities, leaving the field free for the arrival of new seniors of medicine, who will have at his charge, patients of flesh and blood for the first time. These novice armies are, of course, much more likely to make mistakes in the performance of their work, many of which result in severe complications that can affect us forever and even kill us.

The “Julio Effect” has been part of popular wisdom and even medical jargon for years, but nowadays there are also figures that support this theory. Some years ago, Time magazine published a report that showed formal studies on the subject. Dr. John Young, of the University of California, indicated that in those hospitals where beginner doctors are trained, deadly figures due to errors are greater, and that the efficiency in the service drops considerably during the month of July.

In these hospitals, patients often serve as “guinea pigs”, serving their ailments as case studies for the learning of new medical residents, who in many cases will need three to six years in training before they can receive as doctors. These aspiring doctors arrive in real armies in the month of July, taking the places left by those who completed their learning cycle

Dr. Young’s study determined that hospital death rates due to medical malpractice increase between 8 and 34% in July. These are preliminary results with a fairly wide margin, but anyway they give us an idea of ​​how real the “Julio Effect” is.

The “Julio Effect” is a very typical situation of the medical community in the United States, of which we rarely find comparable situations in other industries

“For me, the metaphor that comes to my mind is a football team playing a very important game. In the middle of the final part, the coach brings in four new players in replacement of the more experienced. These new players have never played in professional leagues, and the others, who have more experience, are placed in different positions. Above all, this new team has never practiced together – this is what happens every July in hospitals that train medical personnel ” – says Dr. Young

Hospital administrators are very aware of this situation, and have put in place some measures to address the problem. Some hospitals, for example, ensure that they have the most experienced doctors on guard during the summer months, ready to intervene, advise and supervise the work of their less-versed colleagues. Others offer intensive orientation sessions to ensure that all new resident doctors are aware of the best practices and procedures when caring for hospital patients.

From the legal point of view, these preventive actions are fundamental, because if we talk about rights, a patient who undergoes surgery during the month of July has the same rights to receive an optimal service as any other patient at another time of the year. year. As mentioned in another post, all patients have rights to enter a hospital in the United States, and both doctors and administrative staff are required to ensure that these rights are met.

If a doctor fails you, you are not alone

If a person suffers damage or dies due to medical malpractice, there are ways to claim those responsible for the damages and demand compensation. It is possible to recover medical expenses, burial, lost wages, pain, suffering and emotional distress; and the best way to ensure success is to have the help of a lawyer who speaks your language. Remember that it is VERY important to act quickly, since these cases have an expiration period. The sooner you seek help, the greater your chances of winning the case.