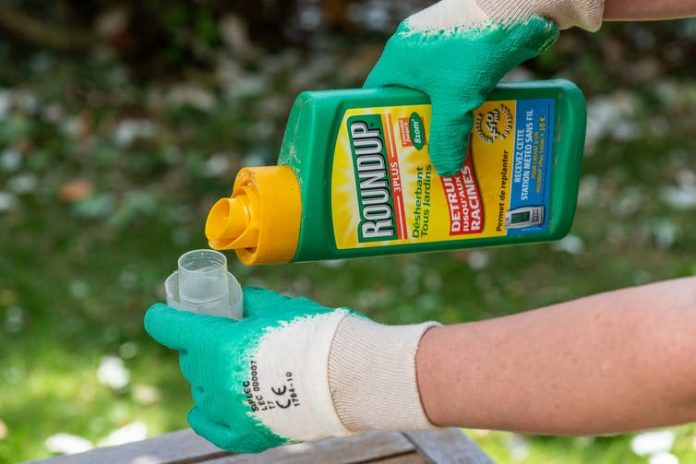 If you or one of your own has been exposed to Roundup  for only 8 hours or more, and has been diagnosed with lymphatic cancer for the past 10 years, complete our form, as you could participate in a lawsuit to gain compensation for your suffering.

The famous herbicide Roundup Weed Killer, manufactured by the company Monsanto, is being questioned by the public.

This product, according to the complaints, could cause cancer to those who are exposed to it, since it contains potentially harmful chemicals, representing a greater danger for those who work in crops, agricultural work and gardening; industries in which this controversial herbicide is widely used and in which close to 3 million Hispanics work.

A product that generates many doubts

Roundup Weed Killer is sprayed on fields, gardens, parks and nurseries to eliminate weeds that threaten crop growth and is one of the best-selling herbicides in the world, as it supposedly eliminates pests with minimal damage to crops. crops, the environment and the human being, as announced by the advertising of the product manufactured by Monsanto.

However, the latest research seems to contradict those messages. The International Agency for Research on Cancer (IARC) has published studies that link this product to several types of leukemia or cancer of the blood.

The main ingredient of Roundup Weed Killer is glyphosate. This component, as stated by IARC, is “probably carcinogenic to humans.” The experts came to this conclusion after demonstrating that glyphosate causes damage to DNA and chromosomes in human cells, which can trigger several types of cancer in the blood. After the IARC announcement, 14 countries have restricted the use of this component, but the United States is not among them.

Who is in danger?

Many farmers, gardeners and people who use the product at home and have developed Non-Hodgkin’s Lymphoma  (commonly abbreviated as NHL) have expressed their suspicions that the cancer was caused by exposure to Roundup Weed Killer. NHL is a type of cancer that causes the body to produce an excess of abnormal white blood cells or lymphocytes, claiming nearly 20,000 lives each year in the United States.

Among the people most at risk, it is worth highlighting:

If you or a member of your family is in the groups mentioned above and / or uses Roundup Weed Killer, we suggest that you stop your use immediately and ask your provider or employer for an alternative product.

The symptoms of NHL depend on where the cancer and the affected organ originate. If you experience the following symptoms, see a doctor as soon as possible:

After an unfavorable diagnosis, your doctor will recommend a treatment, among which may be mentioned chemotherapy, radiotherapy and immunotherapy. Depending on the case, a surgery or transplant of stem cells could also be carried out. Health professionals will evaluate various factors, such as their health condition, the type of tumor, the side effects and the patient’s preferences.

You are not alone

If you have been exposed to the Roundup Weed Killer product and have developed some type of cancer, such as Leukemia, Non-Hodgkin’s Lymphoma (NHL), during the past 10 years, you may have a legal case. By participating in the lawsuit, you can hold Monsanto responsible for your illness and receive compensation for your suffering.