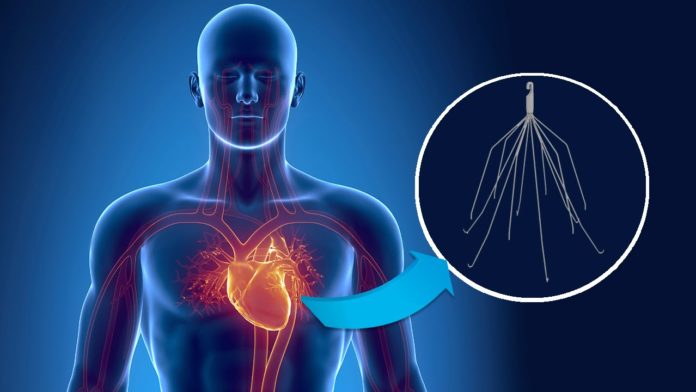 Widely used by medicine in the United States, IVC filters, also called Greenfield filters, are conical devices that can be implanted in the inferior vena cava.

The inferior vena cava is a large vein that channels the blood without oxygen found in the lower part of the heart. These implants are made through a complex surgery to which patients with great risk of suffering a pulmonary embolism (a blood clot in the lungs) are subjected.

These are blood clots that can break off from deep veins in the legs, veins that carry blood to the heart and lungs. The IVC filters were developed with the aim of catching these clots and preventing them from invading organs essential for life such as the heart or lungs.

In most cases, these filters are not removed by doctors once the danger of an embolism has passed. What happens then? These devices can become extremely dangerous. In some cases, these devices break into several pieces, causing serious damage. In others, they begin to generate counterproductive effects. In any of these scenarios, the IVC filter can cause serious injuries that can sometimes end the life of those who have them in their body. The side effects can be devastating.

The damages that the IVC filters can cause occur from the fracture, the migration and / or the perforation of the filter. The filter can also get loose. When the filter fractures, the loose parts of the filter begin to spread through the body, thus injuring the lungs, heart and / or veins. In other cases, the filter can pierce the heart and, as is logical, the consequences are fatal.

Another complication that these filters can cause is to hinder the functions of the heart. This unfortunate possibility is known as cardiac tamponade.

The FDA (Food and Drug Administration), the governmental regulatory body that deals with these matters in the United States, has launched several alerts related to IVC filters, but has not banned its use.

After being approved by the FDA, most of these filters began to bring inconveniences. In mid-2010, the FDA spoke for the first time about the dangers that these filters could cause if not removed in time. Thus, the FDA warned patients of the dangers of these filters remaining in their bodies, and may represent a problem for the life of the carriers.

The regulatory body received, only between 2005 and 2010, almost a thousand user complaints. These claims included filter fractures, migrations and perforations. Following precautions published by the FDA, companies such as Cook, Bard and Boston Scientific began to rain the lawsuits.

Victims of defective IVC filters have the right to claim damages. Victims and relatives of victims can present demands to the manufacturers of these filters, asking that they be compensated for the damages caused.