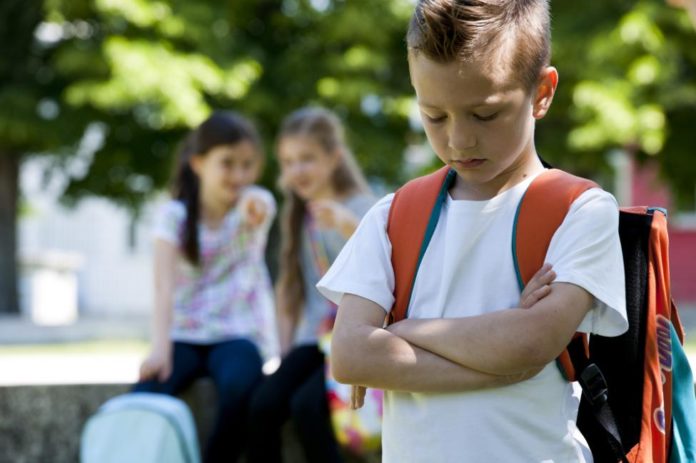 October is the month of bullying awareness; a topic that must be addressed through the education of ourselves, our communities and children.

When a student is harassed because of their race, color, nationality, sex, religion, because they have a disability or because of their sexual orientation, the schools have a legal obligation to take charge of the problem and treat it to find a solution.

The problem of bullying among children and youth, better known as bullying in English, is an extremely worrying topic. We must all be informed on the subject to detect if it happens to our children and know what to do to solve it before it is too late.

What is it about?

According to the stopbullying.gov federal government website, bullying is “aggressive and unwanted behavior among school-age children that involves an imbalance of power. The behavior repeats or tends to repeat itself. Both children who are harassed and those who harass can suffer serious and lasting problems.” It must be borne in mind that, although bullying among children usually occurs during school hours, it also occurs outside of school in places such as the bus, the neighborhood of those involved or the Internet.

VERBAL: It is a type of harassment that is usually given with jokes of bad taste, insults, inappropriate sexual comments, provocations and threats of words.

SOCIAL: This harassment consists in trying to systematically damage a student’s reputation or relationships with actions on purpose, for example: leaving the person aside, telling other children that they should not be friends with a certain student, speaking poorly and disclosing rumors about someone and embarrassing the child in front of many people.

PHYSICAL: This intimidation is manifested when a child hurts another and / or their belongings with blows, kicks, pinching, pushing, spitting and / or taking the other child’s things and making inappropriate gestures.

According to the School Crime and Safety Indicators of 2012, an adult is informed that a harassment situation occurs in less than half (40%) of the cases. Children do not talk with adults about this problem for several reasons, such as humiliation or fear of reprisals from offenders.

When the child is the harassed some signs to take into account are: injuries, loss of objects, frequent headaches and stomach, changes in eating habits, problems sleeping, low grades, loss of interest in school, not wanting to participate in social situations, low self-esteem, self-destructive behaviors such as talking about suicide, among others. On the other hand, those children who harass others often get involved in violent situations, join friends who attack others, appear with money or new objects, are very competitive and careful about their reputation, among other issues.

How are the laws about it?

In the United States there are laws and state measures to prevent bullying and protect children from it. Educational institutions should also implement prevention programs and workshops to raise awareness and advise teachers, parents and students about the problem of bullying so that as a community we stop the harassment immediately.

Fortunately, anti-bullying laws are generating positive change. In 2005, the Centers for Disease Control and Prevention reported that 28% of students suffered bullying. That number has been reduced: between 2012 and 2013, 20% of students in 12th-18th grade suffered harassment situations, according to a study. While another revealed that 20% of students in grades 9-12 were affected by harassment situations. According to the experts, this percentage drop is due to the success of anti-bullying laws.