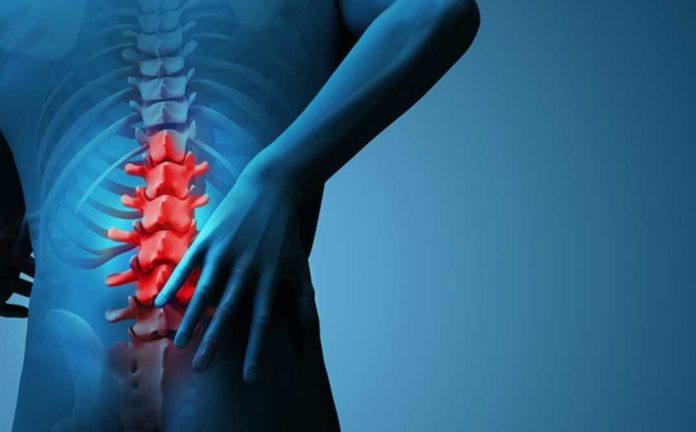 Many times we wake up in the morning or end the day with back pains. Some are so intense that they make it difficult to get up. Back and neck pain is a very common problem that could be aggravated if we do not attack the root of the matter. According to the National Safety Council *, about 80% of the population of the United States will experience back pain sometime in their lives, and about 31 million people will experience discomfort in their lower back.

For the most part, these neck, back or lower back pains are not due to blows or serious accidents, but are caused by poor posture, either when we sit down at work, when we load something or when we make some kind of effort without following an adequate technique. Thinking about it, in this post we offer some tips for a better posture that will help to avoid pain.

Where does the pain come from?

There are several muscles of the body that when they become tense, they will cause neck pains. The scalene muscles, which are three pairs of muscles that allow the neck to rotate sideways, may be the root of your discomfort. Also the suboccipital muscles: four pairs of muscles that allow the head to rotate. The smaller pectorals, in the upper part of the chest, as well as the subscapular ones, near the shoulders also influence the incidence of neck pain.

All those muscles can tense and cause pain when the spine is curved due to poor posture. Poor posture causes us to put excessive and disproportionate pressure on some muscles more than others, which forces them to react contracturing. These pains are usually temporary, but can become permanent if we do not identify and correct our posture habits on time.

One of the most common incorrect postures that most often causes back pain is one in which the person sits with the head and shoulders leaning forward. This position occurs a lot when we are in front of a computer, for example, since we seek, sometimes unconsciously, to read better what appears on the screen. Many people work full time in front of a computer, which means that their backs could remain in an incorrect and harmful posture for 40 hours or more per week.

How do we avoid these pains?

Most back pain is avoided by maintaining good posture. As a general rule, a good posture is one in which the bones of the spine, that is, the vertebrae, are aligned correctly.

The medical school of the University of Harvard proposes in one of its publications a system of four steps to ensure good posture, which we share here:

Imagine a straight line passing through your body from the ceiling to the floor: your ears, shoulders, hips, knees and ankles at the same level and aligned vertically. Now imagine that a very strong cord tied to your head is pulling you up, making you taller. Try to keep the level of the pelvis, do not let your lower back lose its level, and resist the urge to stand on tiptoe. Rather, imagine that your head is pulled towards the ceiling, increasing the space between your ribs and your pelvis.

Stand facing a corner with arms raised and hands open on the wall, elbows at shoulder height. Place one foot in front of the other.

the front knee and exhale while tilting the body towards the corner. Keep your back straight and your chest and head held high. This exercise allows you to stretch your chest muscles. Hold the posture for about 20 or 30 seconds. Then, relax.

Raise your right arm forward, at shoulder height, and bend your elbow, keeping your forearm in line parallel with the ground. Grasp your right shoulder with your left hand and gently pull it over your chest so that it makes you feel a stretch in the upper right arm and shoulder. Hold this position for 20 seconds. Then, relax both arms. Do the same on the other side. Repeat the operation three times on each side.

It is recommended to carry out these posture exercises several times during the day. It may be a good idea, as a reminder, to do these exercises every time you get out of your chair, or just before lunch time or other breaks. In this way it will be easier to create the habit.