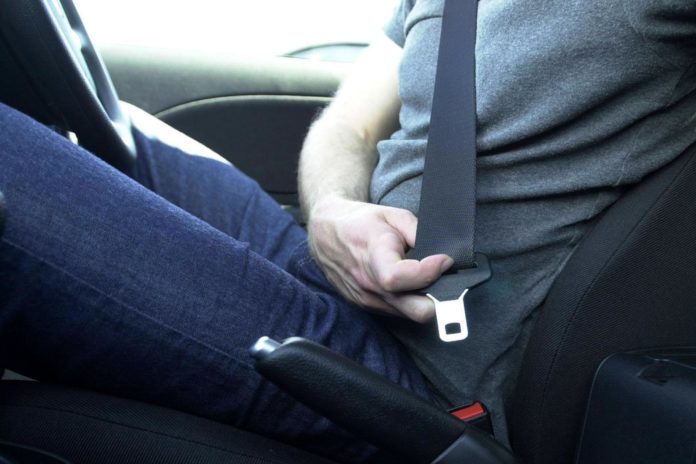 It is nothing new that the use of a seat belt can save our lives in a traffic accident . According to statistics, more than half of those killed in car accidents would not have lost their lives if they had adjusted their belts at the time of the accident.

The figures speak for themselves; auto accidents are very frequent and the simple act of buckling our belts will make us, if an accident happens, have much better chances of surviving. The belt is the most effective safety system to prevent injuries in car accidents ever invented.

A safety belt is designed to hold the occupants of a vehicle if a crash or sudden braking occurs . The purpose of its use is to minimize injuries in an accident, preventing the passenger from hitting the hard or sharp elements that are inside the car, against other passengers or that are fired as a result of the impact. Currently, in addition to the belts, the cars are equipped with what is known as an airbag , which in no way replaces the seatbelt. The airbags are a complement that can help us to reduce the consequences of an accident.

To give an example: in a crash at only 50 km/h, a passenger who weighs 50 kilos and travels in a back seat without the safety belt fastened, can produce a force of 3,000 kilos against the front of the car. This is the equivalent of an elephant being crushed.

The belt is extremely effective in case of side, rear and frontal collisions , as well as in case of sudden braking and maneuvers. The reason is very simple, the safety belt subject to the occupant of the car. But attention, when it comes to children who weigh less than 35 kilos or who measure less than 1.5 meters in height, the safety belt is not effective, so they must use retaining elements (known as pushchairs ) appropriate to their size.

As we told you in a previous post, the laws regarding the use of seat belts in this country are much more rigid than in most of the Hispanic countries.

In the United States, driving without a seat belt will guarantee a fine. The amount of this fine or ticket will depend on the state in which we are; for example, in the state of New York it will be $50 and in Texas, if the passenger who does not wear a seat belt is a minor, the fines can reach up to $200.

Reasons that do not reach

There are two reasons why some people take the wrong decision not to wear a seatbelt. The first is, simply, ignorance. Still, in 2017, there are people who believe that an accident will never happen to them, or that they are extremely skilled drivers who will be able to avoid any danger; there are also those who do not want their shirts wrinkled, and those who simply forget.

On the other hand there are those who do not use it because they overload the car. When in a car that is made for 5 people, 7 travel, the safety belts are not enough. The result: there are no seat belts for all occupants and two occupants remain without the seatbelt fastened. The consequence: in the face of a collision, these two passengers will be fired and, as a consequence, they will be able to hurt and even kill the rest.

Attention, the seat belt should be adjusted so that the abdominal strap passes exactly over the hip and never over the thighs or over the abdomen.

The accidents occur at the most unexpected moments and have nothing to do with how good we are at the wheel; They usually occur as a result of the irresponsibility of others.

Our advice is: fasten your belt, fasten to life!