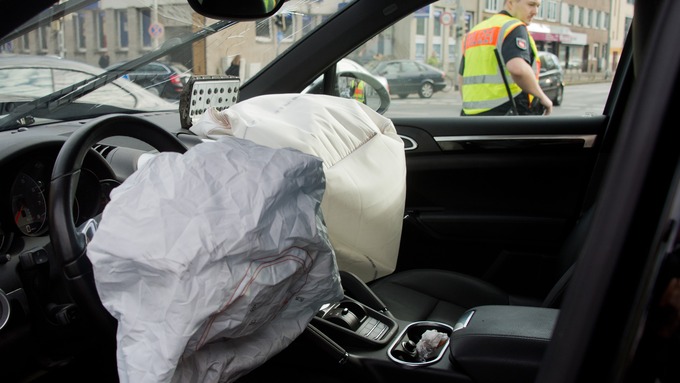 Telephones and airbags  that explode, failed washing machines, harmful chemicals; Controversial articles that the year that leaves us leaves us. It is about the failed products that were spoken in 2016 and that put the health, and in many cases the life, of the consumers at risk. Next, we make a list to remind you of what the products are, so that you and yours are prepared.

In the United States, the airbag model manufactured by the Japanese firm Takata claimed the lives of more than ten people, in addition to causing injuries to many others. In one of the tragedies that occurred, a young girl of only 17 years died due to the explosion of the airbag with which her vehicle was equipped. The girl was driving a 2002 Honda Civic, when, after suffering a slight shock, the mechanism that had to protect her, took her life. This defective product is present in several models of some of the most important car brands in the world: Acura, Lexus, BMW, Mazda, Chrysler, Mitsubishi, Dodge, Nissan, Ford, Subaru, GM, Toyota and Honda.

The popular herbicide Roundup Weed Killer , manufactured by the multinational Monsanto , is under the microscope because, according to reports, it could cause cancer to those who are exposed to it. It is not a secret that the product contains allegedly harmful chemicals. Our lawyers are investigating the case. Many members of our communities, especially those who work in crops, agriculture and gardening, could be at risk. As we have said in a previous post , around 3 million Hispanics work in this type of jobs.

One of the companies that had many complications in 2016 before the courts was Johnson & Johnson. So far this year, there have already been three failures, which together amount to a total of almost $ 200 million dollars, against the pharmaceutical giant in connection with one of its products, baby powder; He allegedly caused ovarian cancer in three women. We explain more about the J & J controversy with the law in this article .

After staging an international scandal in 2016, the South Korean company Samsung Electronics, had to permanently cancel the production of Galaxy Note 7 phones . This happened because of the numerous cases of telephone explosions. The mobile phone giant not only had problems with these devices. This year, Samsung, together with the Consumer Product Safety Commission of the United States (CPSC), recalled 2.8 million top-load laundry washers manufactured between March 2011 and 2016. The reason for this: manufacturing failures. As we have advanced in a previous post, the drums of these washing machines can lose balance until the lid is detached from the machine by excessive vibrations. This failure of the product can endanger serious injuries to consumers.

In a list of dangerous medicines, we have advanced you on the dangers of this popular medication. This acetaminophen product comes in various formulas. Side effects that Tylenol could produce include liver failure and even fatal health problems, they report.