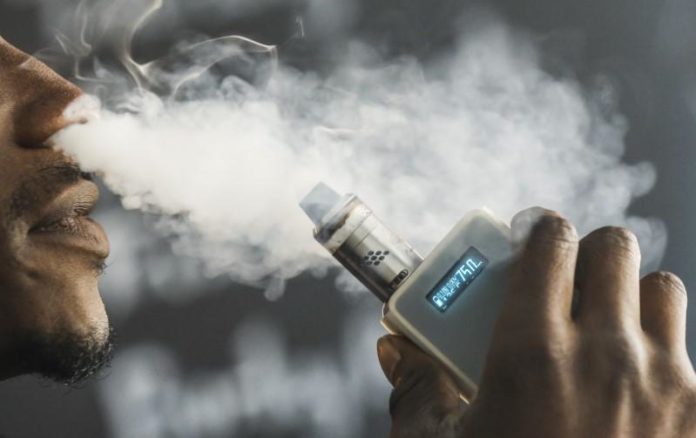 Electronic cigarettes, known as e-cigarettes or e-cig in English, are devices that vaporize a liquid with nicotine through a heat source such as batteries. In addition to having chemicals in the form of steam, instead of smoke, e-cigs also have flavorings. These products, in general, are colorful and shaped like cigarettes, cigars or traditional tobacco pipes. And they are increasingly popular among young people who are attracted to the various fruit and sweet flavors: melon, mint, chocolate, chewing gum, among others. Many adults, on the other hand, see e-cigarettes the easiest way to stop smoking the traditional tobacco cigarettes that have caused so much harm and deaths since their appearance in the market.


While e-cigarettes are often promoted as an alternative that causes less damage than traditional cigarettes, very little is known about the risks and dangers they can cause in our health. The growing fashion of these devices, however, is multiplying studies on their effects.

Another drawback that revolves around these devices is that the e-cig industry  until recently was not properly regulated. As a result, manufacturers do not carry out the corresponding tests before launching their products to the market and do not warn consumers as they should about the possible dangers of the product, leaving aside the well-being of the community. One of the consequences of this lack of regulation is that there have also been cases of accidents due to the use of e-cig.

The federal authorities recently announced the implementation of new measures for all tobacco products, including electronic cigarettes. You can read more on the subject here.


It is important that as consumers we are informed. Therefore, we will review the risks we face each time we use an electronic cigarette.

Electronic cigarettes can explode and cause serious damage

Vicente Garza, a 23-year-old Hispanic boy, says these products are an explosive threat after ensuring that one of them exploded in his mouth. Garza lost his index finger and suffers serious tongue injuries that cause him trouble speaking. The young man, along with two more people, filed three lawsuits against distributors and sellers of electronic tobacco seeking compensation for having suffered physical and emotional damage. The boys’ lawyer said the lawsuit is being brought against the distributors and sellers of electronic cigarettes, because 90% of the corporations that manufacture them are in China.

Other cases such as Garza’s have been reported previously and recently became more known. “The bell rang, I stood up to go get my jacket, which was on the other side of the classroom, I took five steps and sparks started to come out of my pocket,” he told a KDVR news channel Marcus Forzani, a 17-year-old high school student from Colorado who was in class when, apparently, the cigarette battery exploded.

Forzani suffered burns in the left leg of the thigh to the calf of second and third grade and had to be treated at a Burns and Reconstruction Center. The teenager, who also suffered hand injuries, already had to undergo two surgeries.

One of the reasons why this type of failure occurs, among others, is because currently the security design system of the e-cig needs to be improved. The devices do not have warnings and instructions for use in the wrappers to properly instruct consumers about the risks and uses.

In 2014, the Fire Administration US (FEMA, for its acronym in English: Federal Emergency Management Agency ) warned * in a report that many users of the device reported several injuries from burns by a failure of the lithium-ion battery. Keep in mind that the battery failure rate is low when compared to the total number of devices in use in the market. However, officials say the failures are likely to increase as the devices become more popular.

First disease associated with the consumption of electronic cigarettes

At present, the long-term effects of electronic cigarettes cannot be determined, but they can be evaluated in the short term. There are several studies that indicate that these cigarettes can cause lung lesions and respiratory problems. According to research * from Harvard University, a chemist who is used as a flavoring in e-cigarettes can cause serious lung disease: “popcorn lung” ( popcorn lung ). It is an irreversible chronic respiratory condition that causes small pockets of air in the lungs to become scars that make breathing difficult.

To prove that this disease can be caused by electronic cigarettes, scientists tested 51 types of flavored devices. The result: 47 of the 51 e-cigarettes analyzed showed dangerous chemicals, including diacetyl, linked to the “popcorn lung” disease.

Do they contain carcinogenic substances?

There is a controversy about whether electronic cigarettes can be carcinogenic or not. There is a substance that supposedly makes e-cig between five and 15 times more carcinogenic than ordinary tobacco, according to a study published by the University of Portland in 2015. It is formaldehyde, which is formed by heating to the maximum and Take a deep breath of the vapor that contains nicotine in the e-cig.

Other issues you should know

They don’t help you quit smoking: No evidence shows that e-cigs help us quit smoking, according to the World Health Organization (WHO). Scientists at the University of California studied the relationship with nicotine of 949 people for one year. Result: 88 users of e-cigarettes that were included in the survey did not quit traditional tobacco, or lower their consumption, more than the rest.

The damage caused to the passive smoker is unknown: If the effects they generate on the active “vaper” (the person who uses the cigarette) are almost a mystery, less is known what can happen to the passive “vaper”.

More and more young people consume electronic cigarettes: As we have said before, although they contain tobacco-derived nicotine, electronic cigarettes are not yet regulated as tobacco products. Although some states in the country are prohibited from selling electronic cigarettes to minors, in some states, until very recently, minors could still buy them. And they could get them very easy online. On May 5, 2016, the FDA announced that it will prohibit the sale of these products to those under 18 at the federal level.

They are a way to get started on tobacco use: A study that was published in Tobacco Control magazine says that many teenagers use these products, but also notes that e-cigarettes do not help those who smoke tobacco to quit and increase the risk They try traditional tobacco cigarettes.