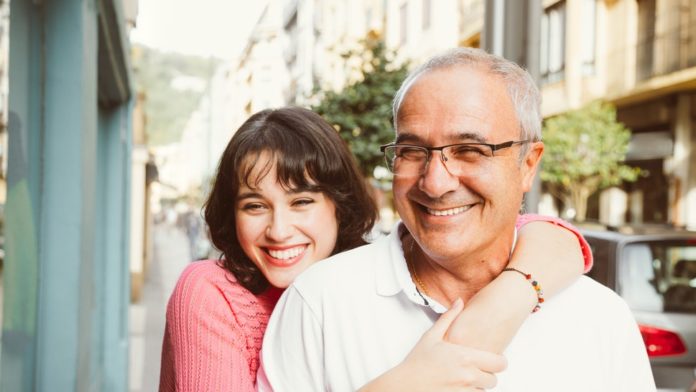 Elena gets up so early in the morning that it is still dark. It is that before preparing to go to work, you have to make sure that your mother, Rosa, 70, has everything you need: medicines organized in order of quantity and color, a breakfast and prepared meals that will be served according to his hunger and possibilities of eating. By the time Elena receives her aunt Rita, who will take care of her older sister for the rest of the day, her mother is already bathed and dressed as she likes.

Elena’s life consists of a 40-hour work week and the rest is spent accompanying her mother to survive the pain for the remaining months and with the best possible quality of life. “Between four and eight months. It is not known. It can be more, it can be less. It depends on how your body reacts to treatment. This cancer in one of the worst… ”, the oncologist doctor told Elena, in a cold hospital ward.

Elena’s story, which is used as an example and is not based on real events of someone in particular, could be similar to that of one of the 40 million people who in the United States do a silent task of love and who goes unnoticed to most of us: caring for a loved one who needs them. These are family caregivers or caregivers, as they are called in English. And they are the people who help some member of their family or environment to eat, bathe and dress, transport, comply with medical care and much more.

Challenges of caregivers and discrimination at work

Caring for a very sick older mother or a child with a disability can be a morally enriching mission. But it is a task that consumes a lot of time and physical and emotional energy. 60% of caregivers work by dividing their time between work responsibilities and family caregivers. These employees are often rejected when they apply for a position, are not considered for promotion, suffer harassment with changes in schedules and ill-treatment and are even thrown out. This is because many employers make their decisions based on stereotypes and commit what is called Family Responsibility Discrimination (FDR): Family Responsibilities Discrimination.Caregivers should be treated in the same manner as any other employee. However, discrimination against them occurs frequently. In a previous post we explain the evidence that is important to have to defend ourselves when taking a case of discrimination to the courts.

Who can be affected?

Unfortunately, there is no federal law in the country that prohibits this type of discrimination, but some state and local laws do. The state of Alaska, for example, has a law that prohibits discrimination in paternity-based employment, and the District of Columbia has rules related to family responsibilities. Other cities and counties have similar laws, such as the recent case of New York City.

New York already has a law

The New York City Council passed new legislation on Wednesday, December 16, 2015, which protects employees who have children or disabled people in their care. From now on, those employers who discriminate against these types of workers may face years of imprisonment.

What does it mean

The Council voted in favor of modifying the city’s human rights standards to make the state of caregivers considered a protected class. That is, under this new measure, people who work and care for their loved ones will be protected under human rights laws. This implies that caregivers will be like other categories that are based on ethnicity, religion, gender, among others. Business owners may not treat these workers differently in terms of contracts, layoffs, payment, and work schedules.

“Caregivers make personal sacrifices to improve the lives of their loved ones, and should not be discriminated against by their employers or potential employers because of this,” said Melissa Mark-Viverito, the council’s president.

According to El Diario, “this law will require that these workers be offered ‘reasonable accommodations to allow them to continue caring for their disabled loved ones.”

What can we do to prevent this problem?

One way to prevent discrimination based on family responsibilities at work is to train supervisors, managers and human resources professionals on the subject to prevent possible discrimination situations. We can also talk with our acquaintances to know if it has happened to them and to publicize the problem in which many working families find a family member who needs to be taken care of. To find out if you or any of your family members need to apply for social security disability benefits, we explain how to do it here.

If you believe that you are a victim of this type of discrimination, you should be asking what you can do to improve your situation and that of yours. The solution depends on the particular case, the employer, and the people involved. Each state and municipality has its own laws in the United States.