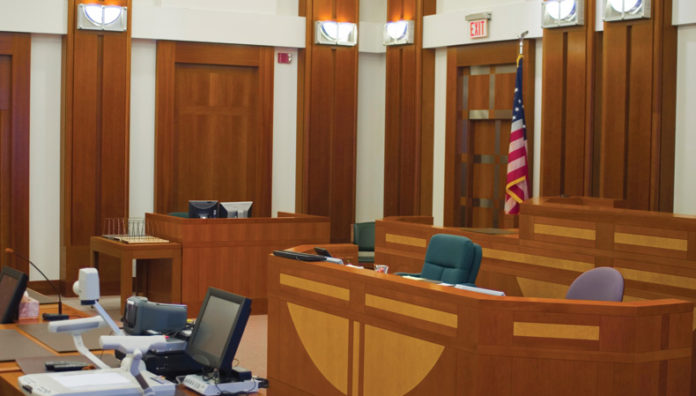 In the United States, Latinos sometimes face racial or direct discrimination directly and indirectly and feel that our communities are treated unfairly at work, schools and public places, among other spaces. Discrimination against a person or group can occur through different practices such as bad jokes, exclusive treatment, unfair payments, penalties and dismissals, which unfortunately, may also have to do with our nationality, sex, sexual orientation and/or religion.

In our blog we have explained that it is very important to understand that it is not only enough to feel discriminated against in order to put a case in court. We also need to gather concrete evidence to help us and our lawyers to show that we are facing a clear case of discrimination.

Next, we will review three examples of cases of discrimination that were won in court or, that reached an agreement between both parties, that will help us to understand the issue even better and that show us that justice can be done when a situation of discrimination.

This historic and very famous case highlighted and broke with racial segregation in California public schools in 1947. It all started when Gonzalo Méndez and his wife Felicitas, Hispanic immigrants, moved to the city of Westminster of Orange County to take care of The farm of a Japanese family. They, who wanted their children to have the possibility of accessing a good education, ended up undertaking an intense legal battle to fight against the separation of children based on their race.

One of the survivors of the case, Sylvia Méndez, who is today an activist who promotes the legacy of the case, said that at Westminster 17th Street School, where Anglo-Saxon children went, they taught mathematics, to spell, arithmetic, Culture and how to be good citizens. However, at Hoover School, which was very close and where the Mexican children went, the little ones were taught to sew, embroider and cook, “things like that for you to become a maid. There they did not teach us economics so that we could be secretaries, teachers, lawyers and things like that”, Mendez added.

The Mendez, along with four other Mexican families, filed a lawsuit on March 2, 1945 against the Orange County school system, which included Westminster, Santa Ana, Garden Grove and El Modena, in favor of 5,000 children for a mandate Judicial will order schools to integrate Hispanic children.

The lawyer for Hispanics was Thurgood Marshall, an African-American who won another previous victory with Brown’s case. Board of Education (1954), a historic ruling by the United States Supreme Court that declared unconstitutional state laws that established separate schools for white and African-American students for denying equal educational opportunities to students.

The story of the legendary case was published in three books, inspired the documentary Mendez vs. Westminster: For All the Children (2003) by Sandra Robbie who managed to win an Emmy.

In 2007, Barack Obama awarded Sylvia Méndez the Presidential Medal of Freedom, the most important award for a civilian in the country, for “spreading a message of tolerance and opportunity for all children”.

Calibuso vs. Bank of America

Bank of America Corp agreed in 2013 to pay $ 39 million to settle a lawsuit for gender discrimination. The claim was filed by employees who reported that they were paid less than their male colleagues and were not given an equal share of the earnings from account management.

In 2010, a group of financial advisors led by Judy Calibuso at the Merrill Lynch unit, which was acquired by the bank in 2009, filed the lawsuit alleging that systematic discrimination occurred in the workplace.

The agreement also ordered Bank of America to review its practices related to improving the issue of equal opportunities between women and men, and that the company be placed under the supervision of an independent consultant for three years, to control such improvements.

A federal jury awarded a compensation of nearly $ 888,000 to a man who reported that his employer of the company PSI Environmental Systems, in Twin Falls, Idaho, discriminated against him for being Hispanic.

Ricky Garcia, who started working at the company in 2005, began earning $ 13 an hour with the promise that he would increase his pay after a 90-day trial period.

However, the worker said that this promise was never fulfilled, nor an increase in salary when he served one year in the position. According to the documents, García requested the position of maintenance manager in February 2007 as he had the experience to fill that role. However, he was never promoted and the position was granted to four other people, all Caucasian and less experienced than him.

Garcia said the company told him that he and other Hispanic workers would never be promoted and that if he left, “many other Mexicans would be happy to take their place