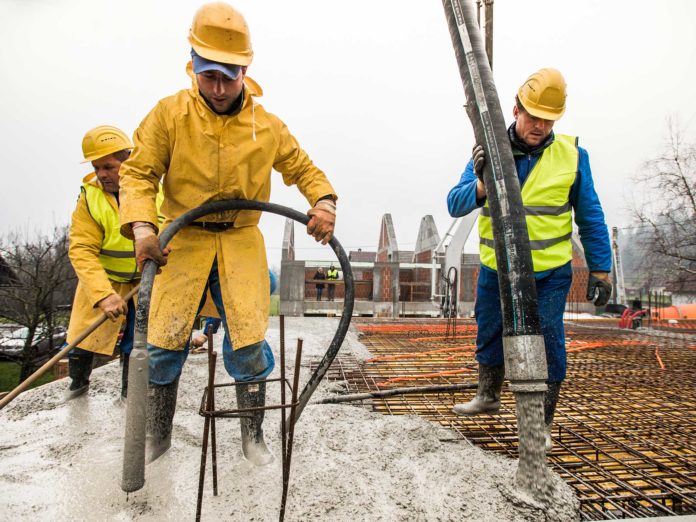 If you are a construction worker, you must know that working in a construction site is highly dangerous, because, unfortunately, one in five deaths in the workplace occur on the construction site, according to the Occupational Health and Safety Administration. of the United States (OSHA).

Why do we have to take security measures in construction?

In 2015, 4,836 construction workers died at the workplace, 937 at construction sites for private initiatives, the largest amount since 2008, according to OSHA. Another alarming figure is that fatal incidents in connection with Hispanic or Latino workers rose 12 percent in 2015, which means a total of 903 deaths compared to 804 in 2014.

Taking into account the general figures, more than 60 percent of the deaths occurred due to four causes: falls, electric shocks, blows, and being trapped between machinery, vehicles or heavy objects. These causes, which are four major construction hazards, have been described by OSHA as the “four fatalities” ( Fatal Four , in English).

The work safety should be a priority for both employers and workers. It is important that you inform yourself about what must be done at the workplace to take care of yourself and prevent more accidents from occurring. Faced with these discouraging figures that affect us all, you can do your part to make your workplace safer. To keep you safe, here are some tips on how to protect yourself at your workplace.

1. Falls can be prevented

Construction workers usually work in different high spaces: the second floor of a small house, on roofs, on stairs and even on the scaffolding of a city skyscraper, so one would think that protective measures to prevent falls They are a priority. However, falls were the main cause of death for construction workers , representing almost 40 percent, that is, it was the main cause. Thats not all. According to OSHA, fall protection was also the most salient safety violation of 2015.

One of the main recommendations to avoid more incidents of this type is to plan, or make sure your employer does, before starting work to know what equipment you will need and what kind of safety measures you will need to take. OSHA also says that workers should always use equipment to stop falls such as personal fall arrest systems (PFAS, for its acronym in English: Personal Fall Arrest Systems ).

What other types of measures can be taken? You can make sure that the scaffolding is strong enough to support you and your coworkers, and that a barrier is installed to prevent falls. It is also important that all construction workers know how to use equipment to prevent falls and that they are in good condition.

Finally, verify that all floor voids are covered securely, that uncovered openings and slippery surfaces are clearly covered and not traveled. And if there are stairs in the place, they should be in good condition. There are different resources to alert workers, such as posters, posters, labels and colors, and they must be in English and in other languages ​​such as Spanish so that everyone who works in the place understands. This also applies to instruction manuals and training that explain how to use and install equipment and use tools correctly. Your employer must offer training and the right equipment to you and your colleagues. It’s your labor rights! The OSHA website offers resources translated into Spanish and other languages.

2. Be cautious with electricity and high voltage currents

It is not a novelty to be able to work in the construction sites usually use power tools and a lighting system. This means that with all the wiring, the risk of electrocution increases. Similarly, working near electrical installations also poses a threat of electrocution.

If you are working near electricity, be sure to do it at a safe distance. If you need to be close to the electricity to work, or if you are working where the wiring is installed underground, be sure to use special equipment to avoid electrocution and verify that the power company has de-energized the cables before starting work, according to OSHA.

When using power tools and extension cords, try to do so only according to safety regulations and try to use them in damp and wet locations. Also, check that the tools are well insulated before using them. When the insulation of a tool or an extension cord is damaged, the exposed metal parts could be dangerous. Another thing you can do is verify that the wiring is installed in a way that does not obstruct traffic, since someone could trip or electrocute yourself with it.

3. Pay attention to avoid the blows

If a person is not paying attention on a construction site, the results can be deadly. This is probably the case when a construction worker is hit by another object while performing his tasks. According to OSHA, to avoid being hit by an object at work it is important to be alert and aware of everything that happens around you, including the location of heavy equipment. Never work under a suspended load, even if you think it is safe.

Remember: Wear your safety helmet at all times to protect yourself from smaller objects that may fall on your head. OSHA also recommends that you wear colored clothing that is highly visible at all times. This will keep you in sight, so that people do not believe that the area is vacated when you are there.

4. Do not get caught

In addition to worrying about being hit by an object, construction workers must also worry about NOT being trapped or crushed by machinery, a truck, or buried alive in a ditch.

If you are operating heavy machinery, make sure that all moving parts are protected by something that ensures they do not get caught in them and avoid wearing jewelry and loose clothing, too, so they do not get stuck accidentally.

You can avoid getting caught between two objects by being always aware of where you are and the equipment that surrounds you. Specifically, OSHA advises that workers are never placed between moving materials and an immovable structure. It is also not recommended that you work in an unprotected ditch that is five or more feet deep. Ideally, the sides of the trench should be inclined so that they do not fall, but be sure to implement alternative methods and take safety precautions to avoid falling into a ditch or getting buried in it.

What do I do if I suffer an injury at work?

After an accident at work , first, visit a doctor immediately. The severity of their injuries is not always evident and the complications of not receiving treatment in time could be serious and even fatal. Remember to ask the doctor for a medical report that describes and describes the injuries you suffered on the job.

After this and once you are safe, inform your employer or manager about what happened to you. Collect all the evidence of your accident, because it will serve you when you file your claim or, as the case may be, go to court. How to gather evidence of your work accident? Take photographs of the accident site, of your injuries / injuries and take note of everything: the name of the person who attended you in the hospital, who is reporting what happened at work, the witnesses who were present during your accident and all the events that occurred.