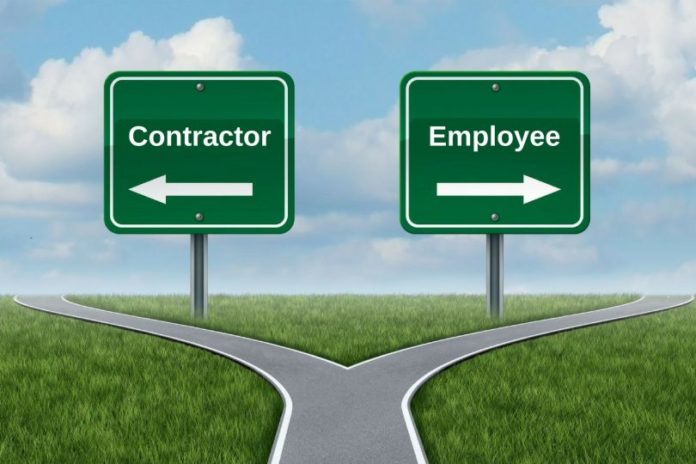 The irregular classification of employees as independent contractors is a problem that worries Hispanic workers because it affects mainly the restaurant, hotel, construction and other industries with a large amount of Hispanic labor.

If you are treated as a contractor, but should be classified as an employee, you could file a lawsuit against the company for which you work to recover your wages and other benefits.

That is why it is important that we know the difference, our legal options and how a lawsuit can help us to have our labor rights respected. In this article, below, we will give you some questions you should know.

How can I know if I am classified as an independent contractor?

Why do companies misclassify their employees?

Companies save a lot of money misclassifying their workers as independent contractors or also known as freelancers . Of course, not all contractors are misclassified.

A problem that affects us all

The United States Department of Labor ( DOL , for its acronym in English: United States Department of Labor ) describes the misclassification of independent contractors as “one of the most serious problems faced by workers, employers and the economy general”. DOL has partnered with the IRS and other state agencies to combat the practice of misclassification of workers and recover back wages and unpaid taxes. The agency, which focused on low-wage workers in the restaurant, hotel, construction, janitorial, agriculture, retail and manufacturing industries, has recovered billions of dollars for millions of workers.

Differences between an independent contractor and an employee

The Department of Labor admits that contractors play an important role in the US economy. Admittedly, the difference between a contractor and an employee is confusing in legal terms. However, major problems arise when employers deliberately misclassify employees in an effort to reduce costs. The costs associated with hiring independent contractors versus employees include not having to pay:

Employers also benefit from contract workers because they do not have to provide them with health insurance or pension plans, free time paid, which includes vacations, sick days, lunch breaks and other benefits that employees usually have. Workers who are under contract, in addition, can not sue based on labor laws that prohibit discrimination, harassment and unjustified dismissal.

When it is considered that independent contractors cost employers up to 30% less than employees, it is easy to see why this problem occurs. But, in addition to being illegal, the practice harms workers, deprives governments of tax revenues and creates a competitive disadvantage for companies that respect the law. In this post we show you clearly in a table the main differences between an employee and an independent contractor .

Government officials are not the only ones making a concerted effort to hold employers accountable for misclassifying employees as independent contractors. The demands presented by the workers are also increasing. These demands also seek to return the money to the pockets of workers who were denied fair payment due to misclassification. It is important to note that they also allow workers to be proactive in correcting violations in the workplace, instead of waiting for the government to take action on their behalf.

Individual claims: Individual claims are filed by a single claimant, for their own benefit, to deal with accusations of improper classification of independent contractors.

Collective lawsuits: A class action lawsuit is filed by one, two or a small group of plaintiffs  on behalf of other plaintiffs with a common employer to deal with workers’ misclassification claims.

Why is this practice so common?

One of the reasons why employers are able to misclassify employees as freelancers is that the distinction between the two types of workers is often confusing.

A single standard is not used to determine if a worker is the employee of a company or is in business for himself. Many government agencies have developed “tests” to determine the nature of an employment relationship. These tests revolve around the degree of control that an employer exercises over a worker.

The factors that are evaluated on the situation of workers:

None of these factors are determinant, but are taken into account and considered in each particular case to make a determination of the dependence or economic independence of the worker.

Recover what belongs to you

If you believe that the company you work for is not respecting your employment rights and misclassifies you as an independent contractor, you may be eligible to file a claim requesting late payments and other benefits.